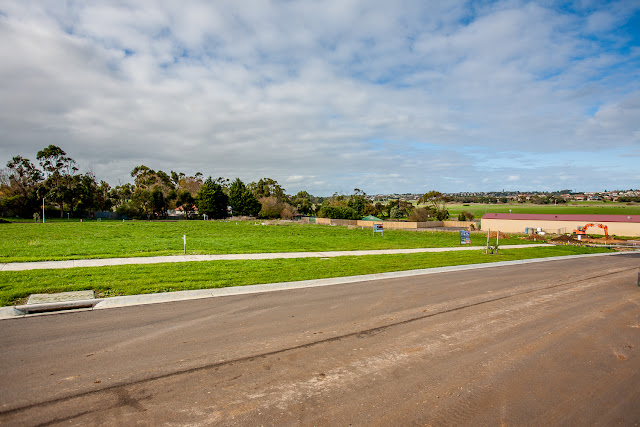 Here's a photo I took from a stormwater lid on Saturday, as a "before" - I'll try and get more shots from here every day if I can catch the light (since it's getting darker earlier and earlier) 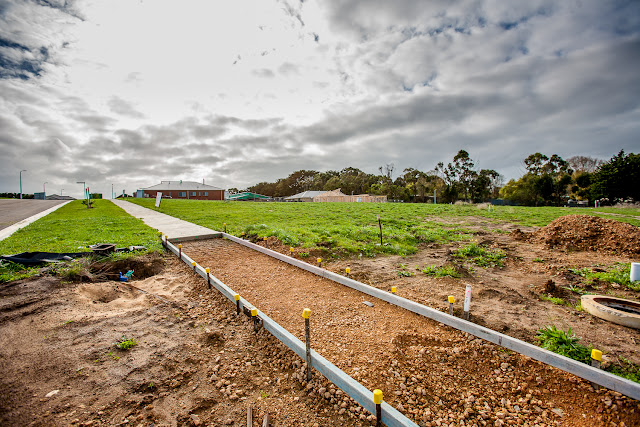 The developers had just removed their temporary fencing but still hadn't concreted this section of footpath in front of our block! 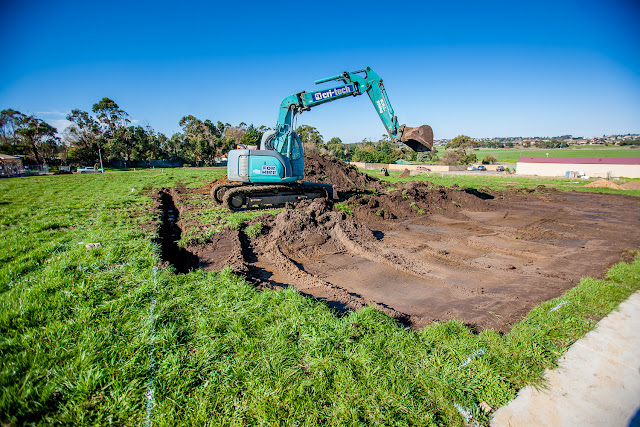 Cri-tech (http://www.cri-tech.com.au) excavator on-site and part way into the cut. This shot was taken at mid-day. 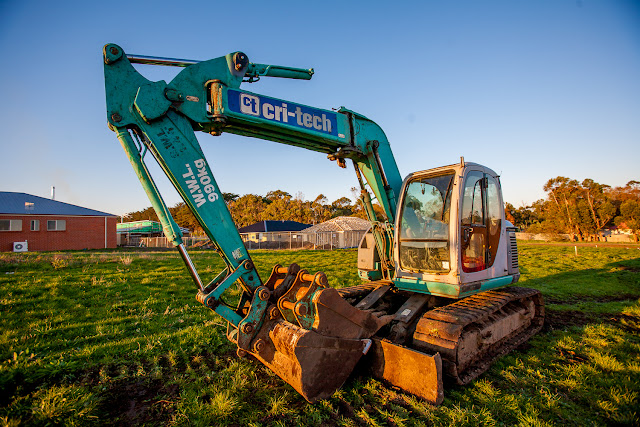 I dropped back around 4.30pm before the sun went down. This hour before sunset is what photographers refer to as the "golden hour" - there's one an hour after sunrise too, but I'm not an early riser so tend to miss that one! 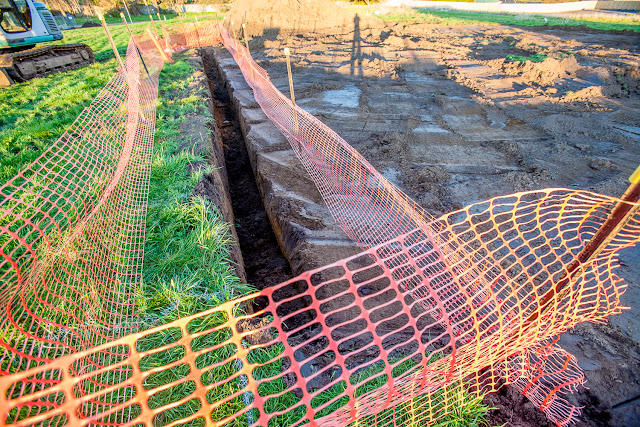 Trench dug along boundary - I am not 100% but I believe this has been dug to the intended cut depth and is used as a guide for the rest of the work. 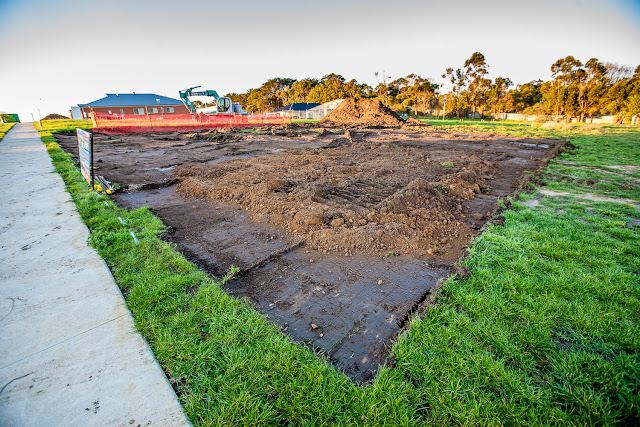 On the fill side - the top soil has been scraped, this looks like the start of some fill on top, although I'm not sure. 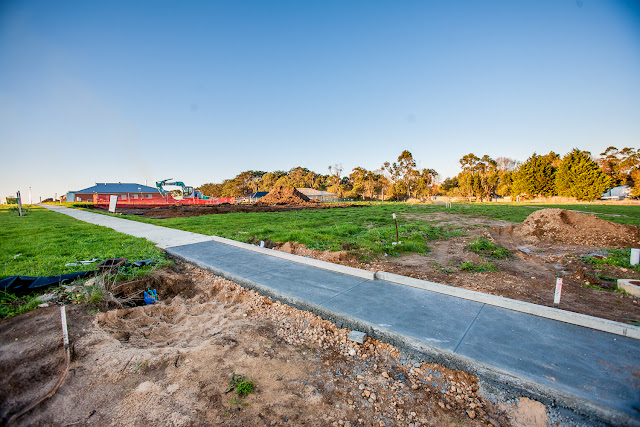 Looks like the developers got their act together earlier in the week and got the footpath concreted. Lucky! 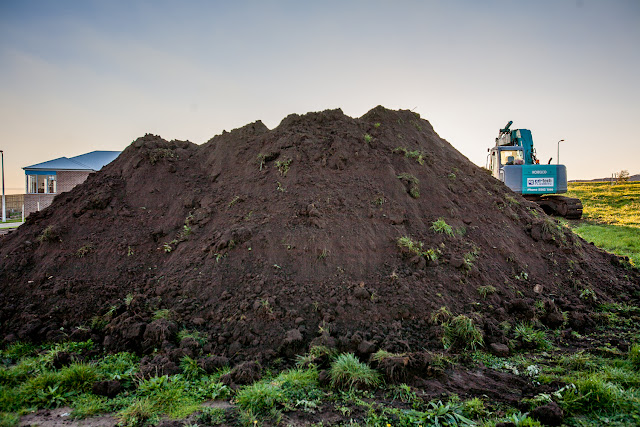 Pile of top-soil. We're stockpiling quite a bit so we can get a decent level for the backyard area once we've done the cut/fill for the house. 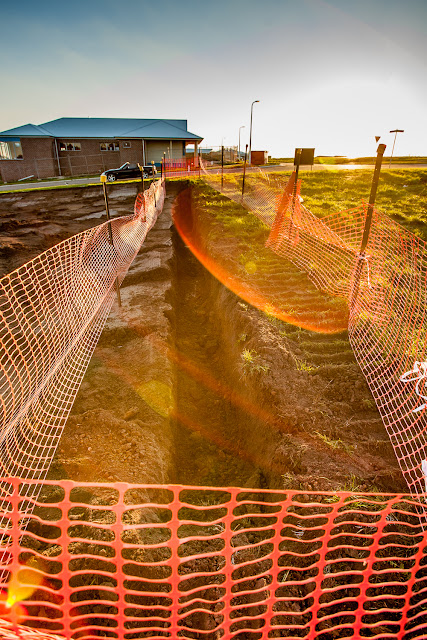 From the far end of the boundary trench looking back. The house over the road is brick at the rear, although still doesn't look too imposing; It'll be interesting to see how high they fence it on the side facing our street.

More tomorrow, with any luck :)

Posted by Clinton Warburton at 4:48 AM