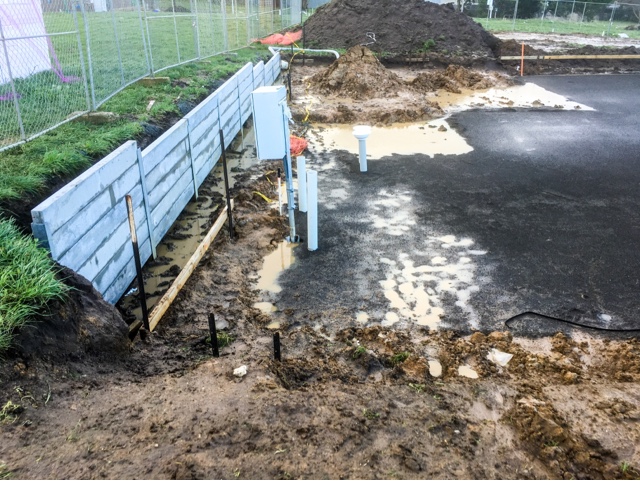 Went by the block this morning and took some photos. There's been a bit of rain this last week but that doesn't appear to have held up progress much! The retaining wall is up. 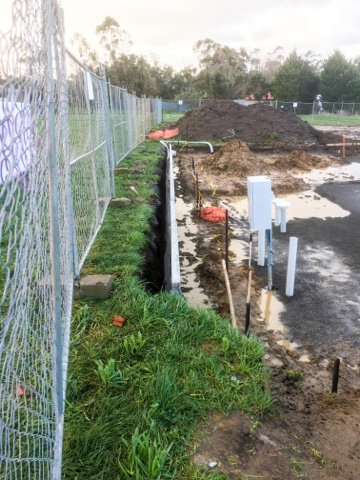 There's also some ag pipe behind the retaining wall for drainage. 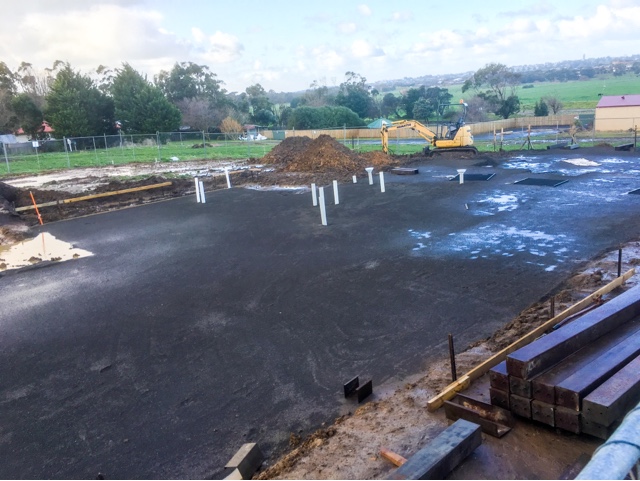 The whole slab area for the house has been covered and compacted with what appears to be some form of crushed rock. 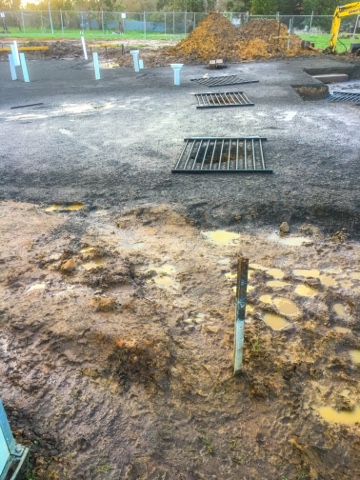 The step area has been dug out to the same level as the garage, then the pier holes have been bored and covered for safety. 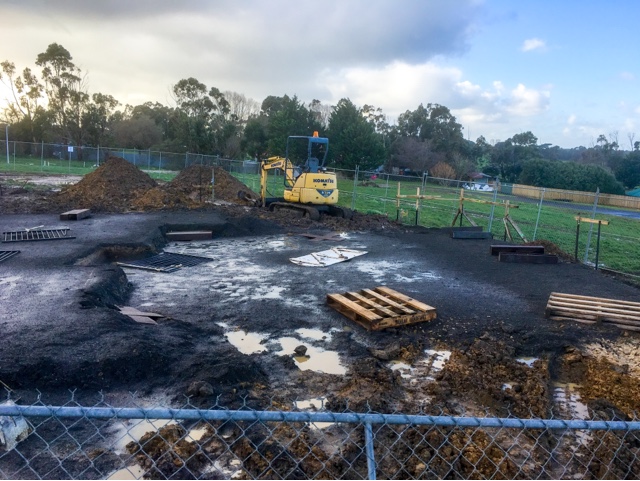 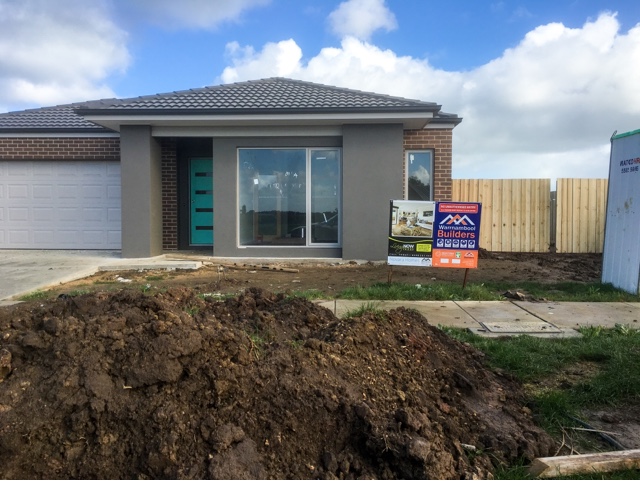 Just an additional picture, we were driving around and spotted this house being built by our builder with what looks like possibly the same window as we are having on our house. It looks pretty well how I thought it would in real life, so that's nice.
Posted by Clinton Warburton at 11:18 PM