Our House Build - Base Stage Invoice

We're well and truly on the train now - we just signed and sent off the base stage invoice we received today now that the slab is down!

I went back and took some more photos, this shot shows the garage step down, and the step down for the bricks where the height changes also. 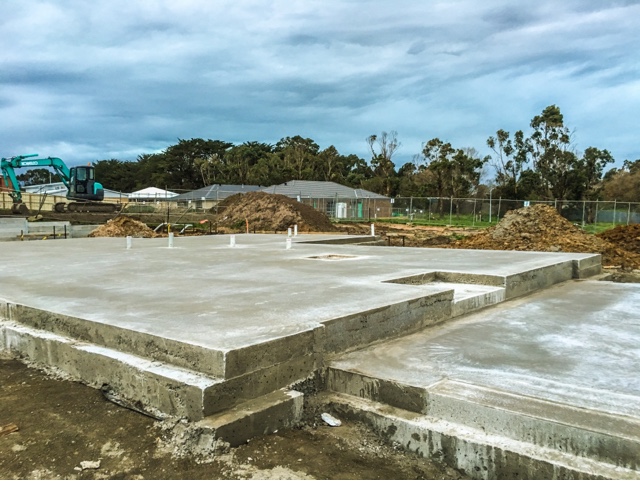 Another looking the length of the slab as if standing at the far side of the garage and looking down the hallway towards the living area. 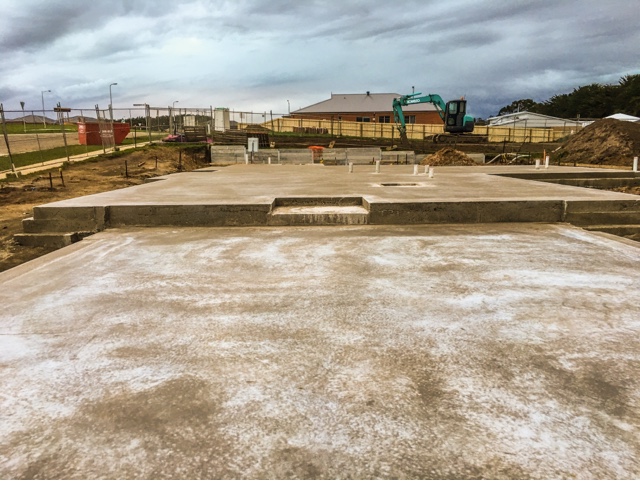 Standing roughly where the walk-through robe will be looking south. There won't be a view this way from here when the walls are up! 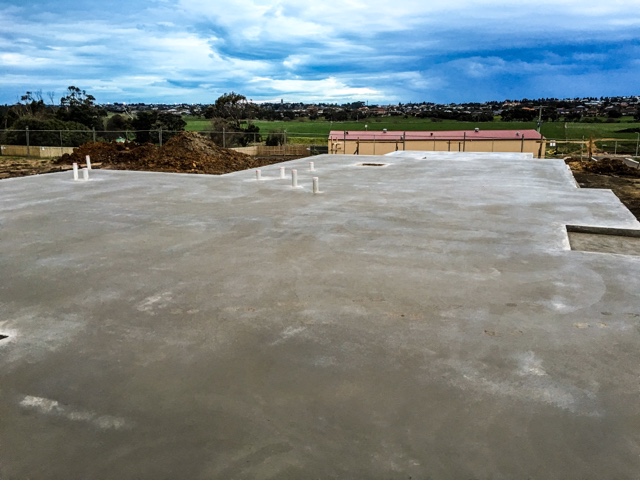 Now that we have the actual floor height, this is the view from the kitchen/dining at standing height. This will be the view through the splashback window. 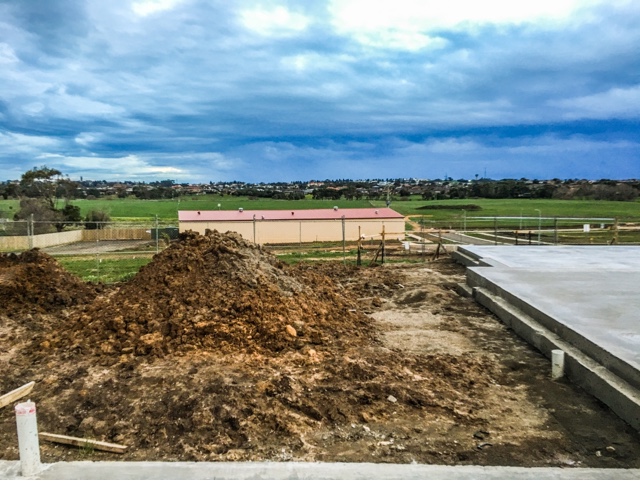 Our site supervisor, Simon, replied to my email to explain that the AC services slab has been left for a seperate pour to facilitate easier running of the trenching required to do the stormwater (because there is very little room between this slab and the retaining wall) and will be boxed up and poured at a later stage since it's only relatively small.

Quite a bit of pipe is sitting on the slab now and there look to be marks indicating where the downpipes are to go, it also looks like a bunch of fill has begun being put around the edge of the slab, as well as some waterproof plastic on the rear side of the retaining wall.

I'm told our structural steel isn't far off - it's needed for the rear stacker doors - and our wall frames should be arriving any day. Exciting stuff!

Also we've changed Air Conditioner plans slightly; my brother Mitch is doing the install and advised the unit we'd originally selected - while quite efficient - wasn't perhaps the best option because it is not an inverter based unit. My understanding is that inverters are better because the compressor can scale back and run more efficiently and quietly in partial load situations rather than cycling between off and full bore as a conventional system would.

We're now going with a Daikin system, retaining the two zone setup but getting a few extra kw of heating power, a more compact and quieter outdoor unit, a quieter indoor unit, and Daikin's Skyfi wi-fi based remote control functionality.
Posted by Clinton Warburton at 4:09 AM