Had a busy day at work today and nearly didn't make it to the block before dark; but got there just in the nick of time and snapped a few photos with the iPhone. Luckily I've got an Adobe CC subscription and with it access to Lightroom Mobile which allow me to boost the brightness and then re-touch these photos which makes it look like they were taken in much lighter conditions than they actually were! 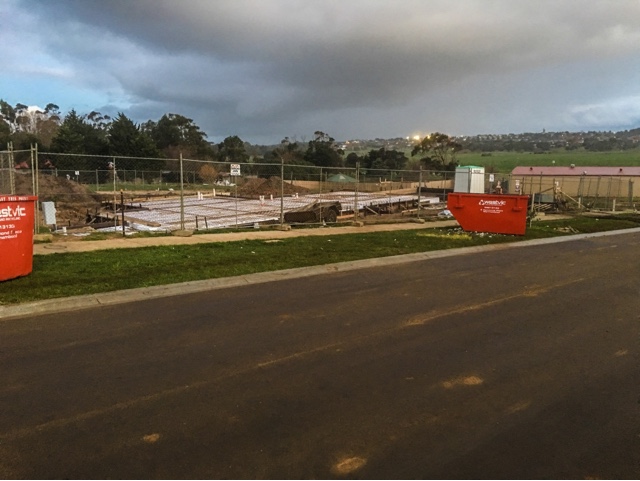 The waffle pods and reo process is well underway! 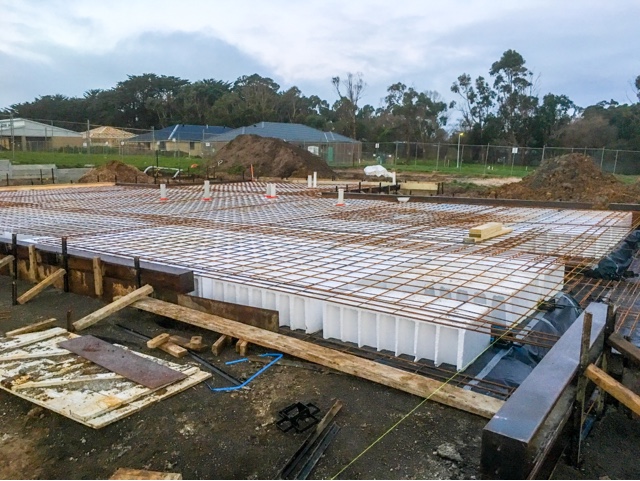 Step down sections for shower and ensuite showers/bath are done - the slab is thicker around these areas I assume so that the edge of the step down isn't super thin in the transition to the slab around. 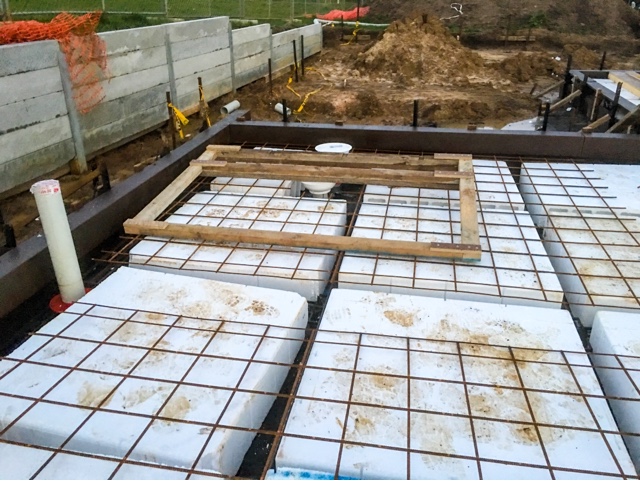 The garage section still needs to be finished; I'm not sure what time we're booked for tomorrow (or even if it is still booked in for that matter; it'll be a bit of Schrodinger's cat tomorrow the slab both poured and not-poured simultaneously in my imagination until I get a chance to find out at the end of the day! 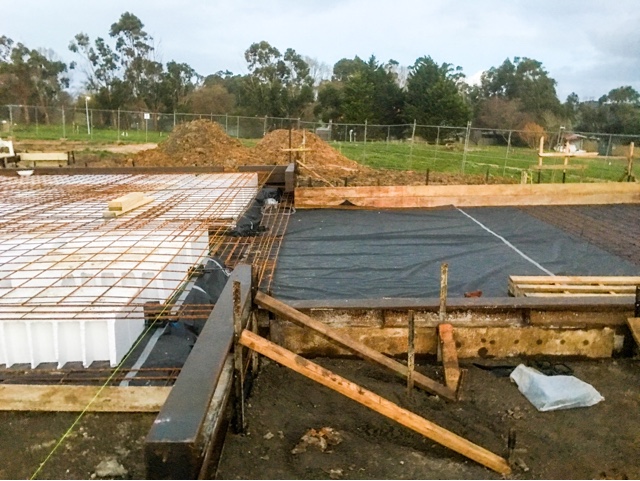 The weather forecast for the rest of the week looks great; although Monday's forecast was for 12mm of rain and we were lucky to get 4mm. 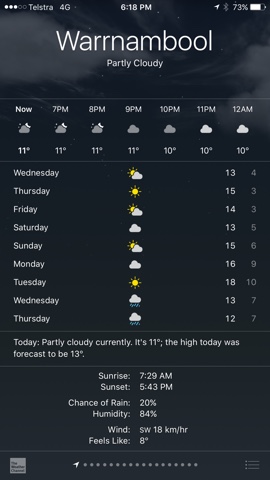 In other news, we made a change to the build - we're getting LED strips put on the underside of the kitchen overhead cabinets because it was something we already wanted to do; but that would be hard to retrofit- and we had a credit for the rangehood since we purchased that ourselves.
Posted by Clinton Warburton at 4:24 AM