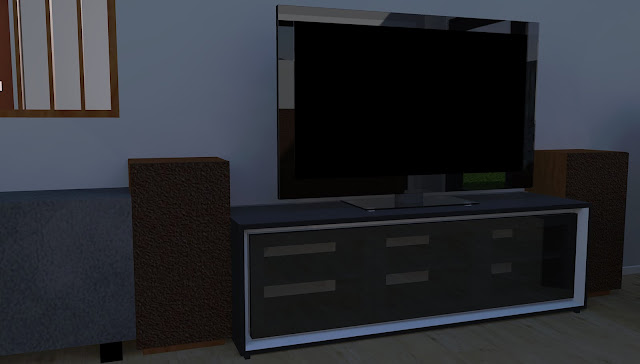 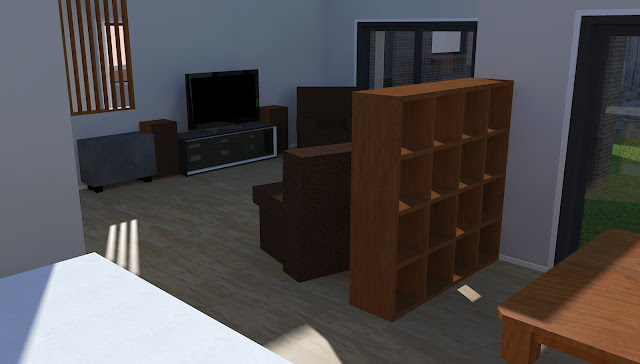 I also modelled (albeit roughly) the dimensions of our existing lounge which we plan to replace shortly after moving in - mainly because they're almost stuffed - the foam is gone in all of them, and they don't really fit the space or style we're looking for. 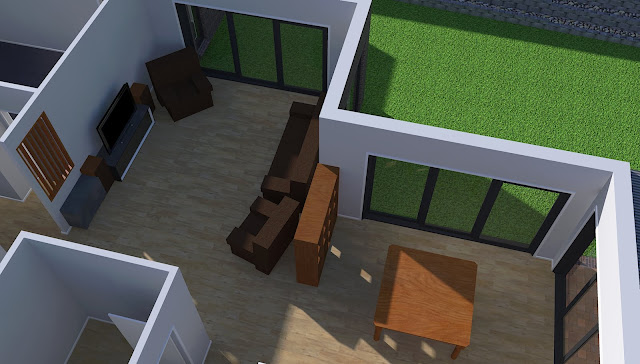 Here it is, with our existing table modelled for size. 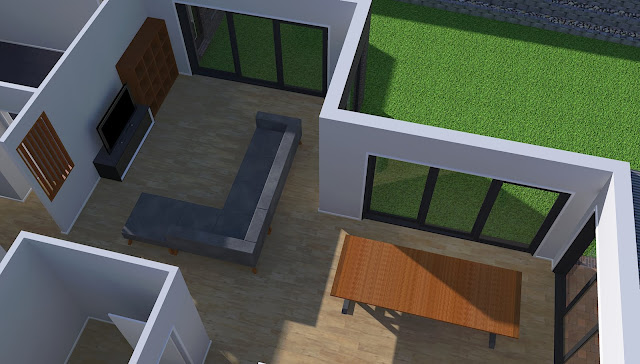 And here's the "new" lounge and table layout (proposed) 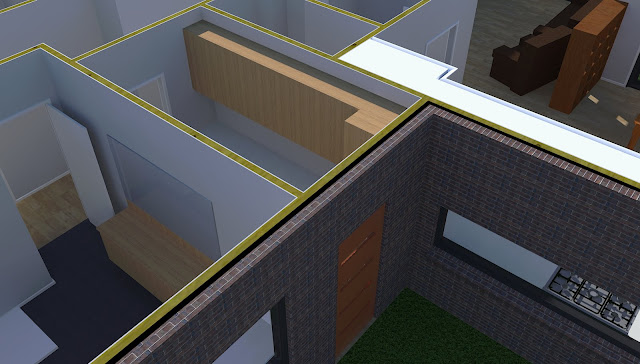 Decided that if I'm going to be doing renders without the roof/ceiling I should draw some detail at the top of the walls - stud tops and bricks with a cavity. Since this render I've changed the textures each side of the cavity (so they're not just black) to give it a bit more detail again.

Posted by Clinton Warburton at 7:52 PM