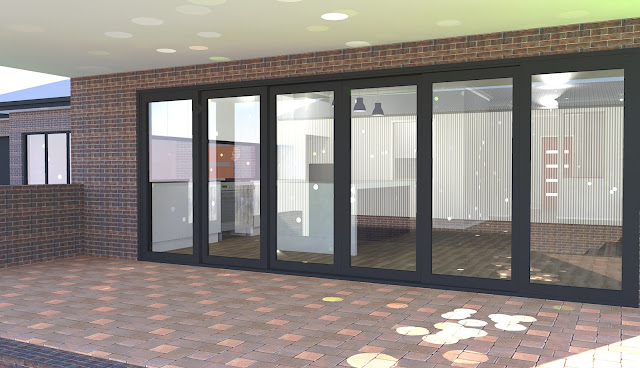 The render program does some funny things whenever I turn the lights on in the render. I think it's casting reflections and bouncing them between the glass all over the place, although it's only visible when I have the sun turned on. Odd. 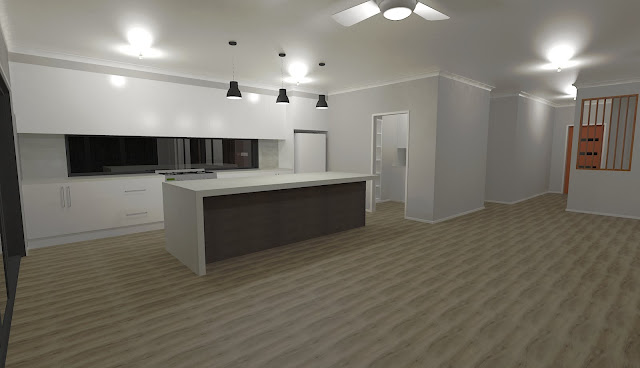 I drew up the kitchen handles we're having and added them, click this image to enlarge if you want to see it in a bit more detail. 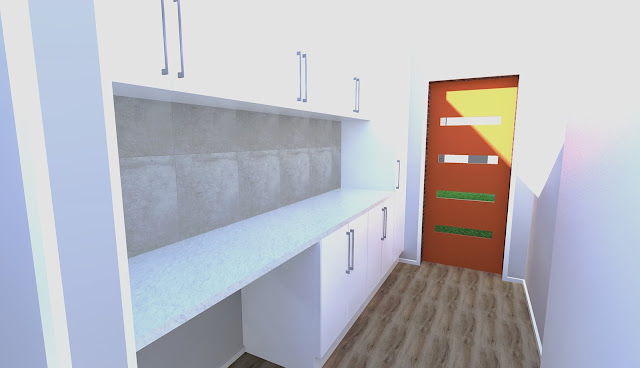 Laundry here, shown wide angle as otherwise the render doesn't give a lot of detail. 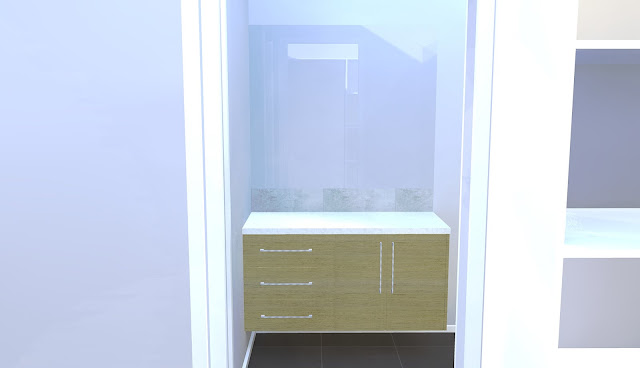 Ensuite, experimenting with setting a texture up as a mirror. 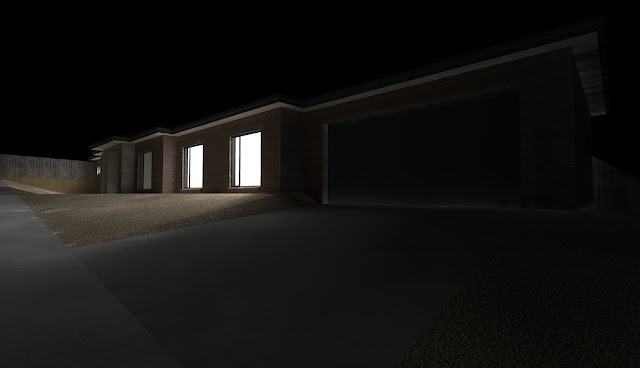 Night time render showing rooms casting light outside. This is kind of cool, our plans show a number of outside lights but I haven't put them in yet. 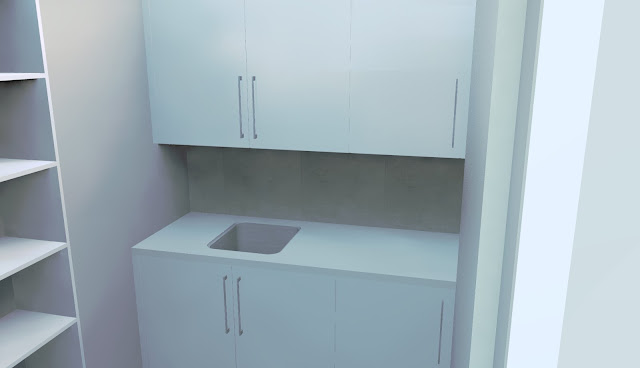 I built a 3D model of the franke steelqueen sink that's listed in the spec for the pantry, 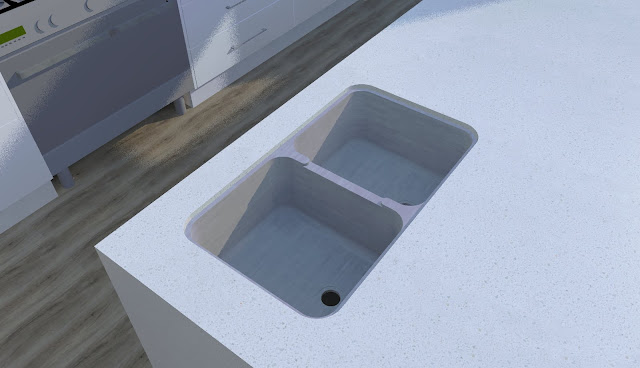 As well as the one for the kitchen. Adding details like this is much easier now I'm getting used to modelling using sketchup for finer details. 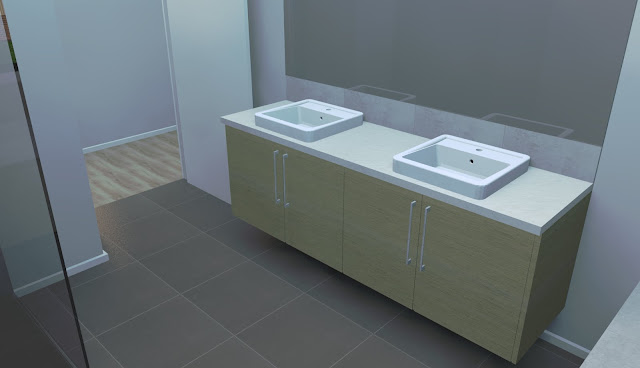 I also imported the Caroma basins for the bathroom and ensuite vanities that are in our spec - thankfully I could just take that from Caroma's own Revit resources! 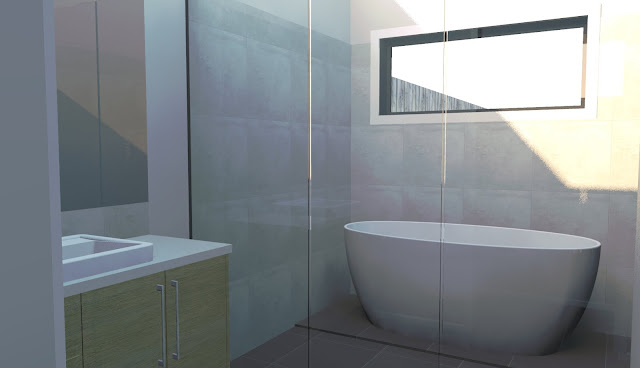 I also modified (stretched to match published dimensions) someone elses bath model to match the dimension of the decina sheraton we're getting in our ensuite. I've got to do the taps, shower heads and bath outlets etc as the company (phoenix tapware) who make them only publish a 2D drawing of them - that's a bit much work for tonight so it can wait.

We've also optioned 300x300 tiled niches (2 in the ensuite shower and 1 in the main bathroom shower) which I'll have to model too.

We're getting a price on replacing the splashback in the kitchen and butlers pantry with this calacatta 200x400 mosaic brick lay tile (Beaumont's 1000087), it's actually 5 rows but I cut one off in photoshop so it would tile better in sketchup as a texture. The 450x450 tile just doesn't really feel/look right. 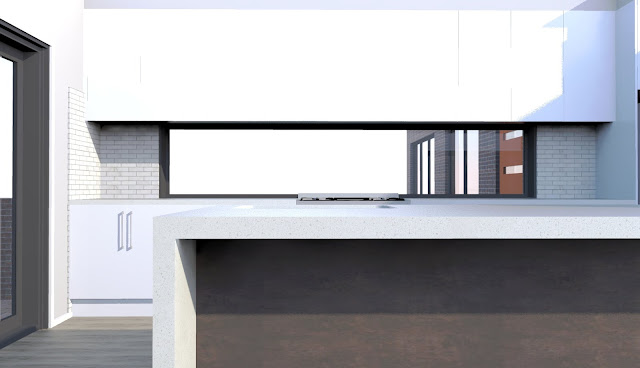 It does depend how much these cost but I can't imagine it being hugely expensive since we've got such a small area to cover. We originally saw it on the polytec website while trying to determine which melamine finish we want to go for (still trying to decide if the sheen is ok or if we need to cough up extra for createc): 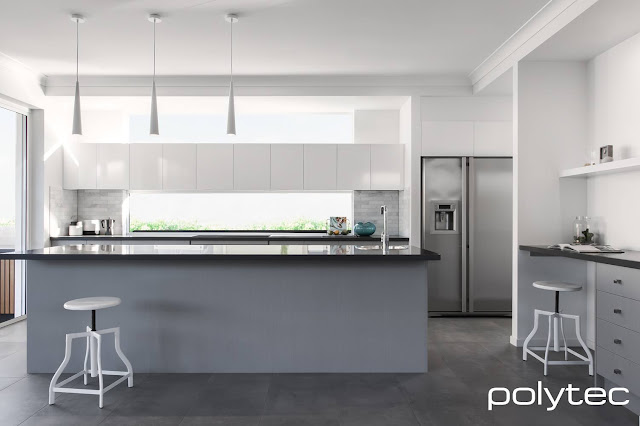 Posted by Clinton Warburton at 7:30 AM