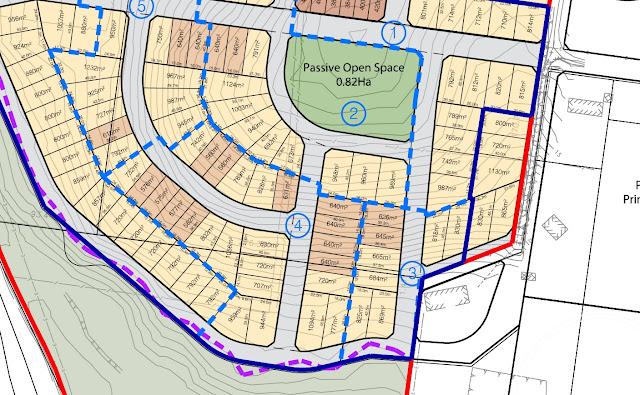 The developers had already started on the roads for both stages 1 and 2. Even better, unlike most other estates they didn't seem to be too bothered about keeping the entrances closed to the public - probably because they were selling direct to the public rather than using agents, they wanted people to be able to see the land and potential views. 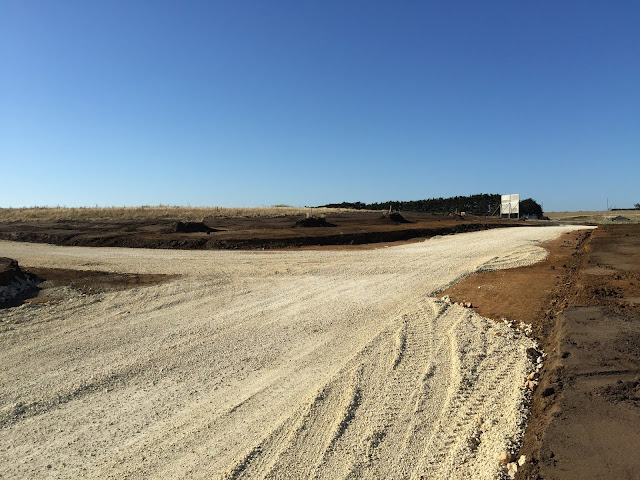 We originally tried to purchase one of two blocks on the left of the passive open space, the 1124m2 and 940m2 blocks, mainly due to their size for the monetary input required. These blocks weren't without problems - some preliminary work in sketchup showed it was going to be hard to configure the house and shed in a way that the house didn't block access to the shed, nor in a way the shed didn't block the outlook to the views below.

Either way, it wasn't to be - when we attempted to register interest, both blocks had already been spoken for. 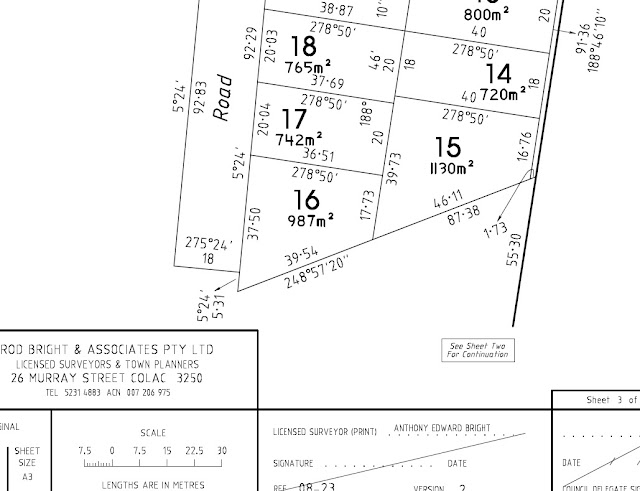 We then decided to pick between lots 15 and 16 of stage 1; purely for sizing. Lot 15 had more room, but the closed nature of the south corner meant it was fairly worthless for anything other than yard, and the narrow frontage limited our house choice unless we wanted a large setback (and very little rear yard. 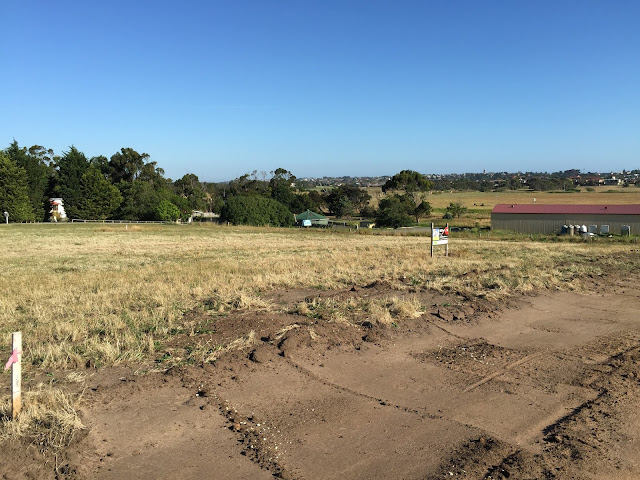 We decided lot 16 would allow a ranch style house the (very generous) width of the frontage, with the shed fitting neatly at the rear, as well as a decent amount of yard left over for a garden and room for entertaining and child's play.

A price was negotiated and our finance organised through our broker. 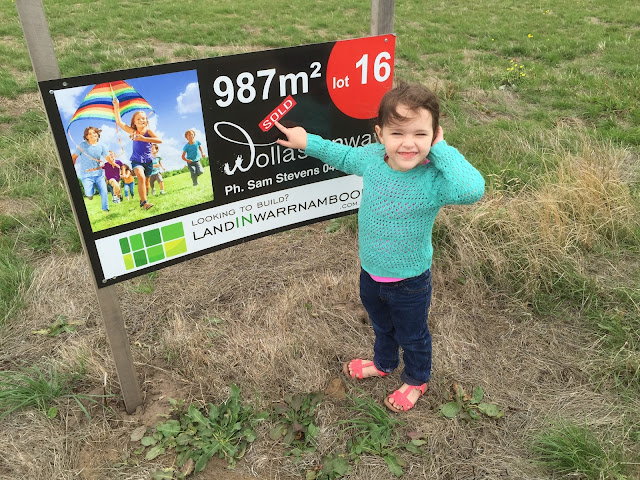 Posted by Clinton Warburton at 6:49 AM