Playing around a little more with Sketchup Make 2016, downloaded a new driver for my 3dconnexion Space Navigator mouse which has made doing internals a bit easier (anyone who's used sketchup will know the feeling of scrolling to zoom then getting stuck on the wrong side of a wall) 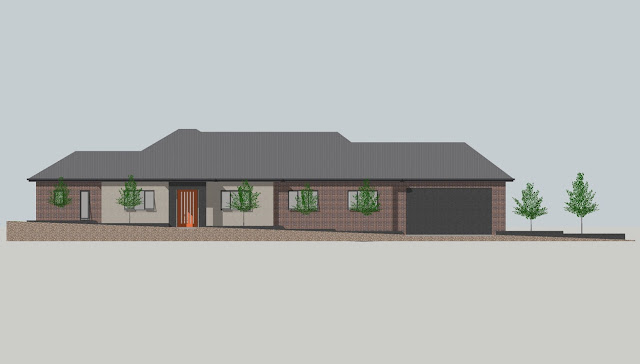 Put some more trees down on the south side of the drive-way, as well as another low wall to match the rest; ideally in the real thing I'll make sure there's enough space left to allow a car or trailer to fit temporarily beside the garage. 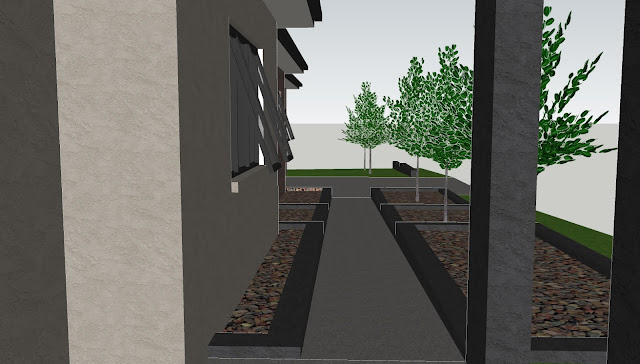 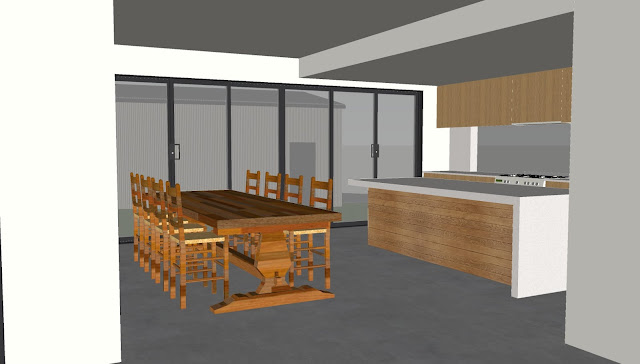 Kitchen, I've modelled the shed and textured it, also added 6 panel stacker door in Monument and splashback window for the kitchen. Ignore the fact the handles are in the wrong spot on the door - I modified someone elses model and it was easier to leave them how they were. Sarah informs me the waterfall edge is drawn at the wrong end of the kitchen island. Whoops! 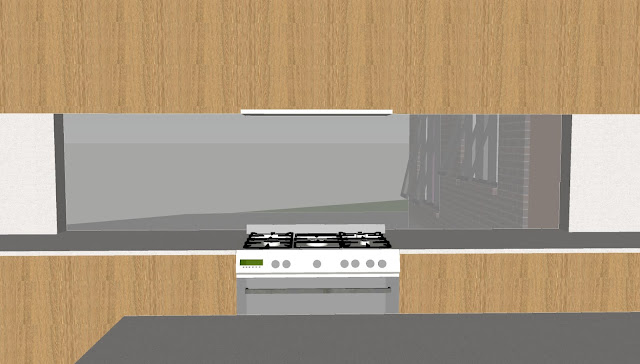 View showing the rangehood and oven, plus view from the splashback window. We saw a display home that had caesarstone splashbacks and given these are only about 550mm each we'll probably be able to do that fairly cost effectively here and save on a tile choice :) 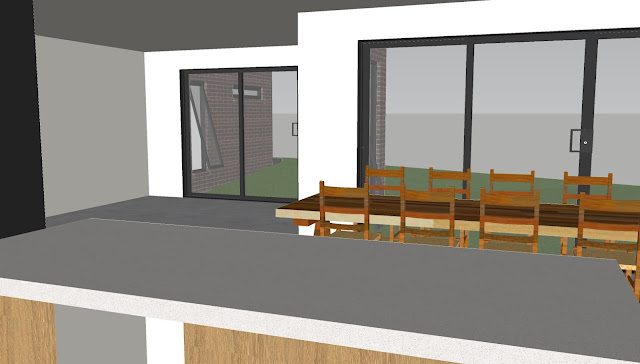 Looking from kitchen toward living area. Keep in mind the table is massive - 3m x 1.1m 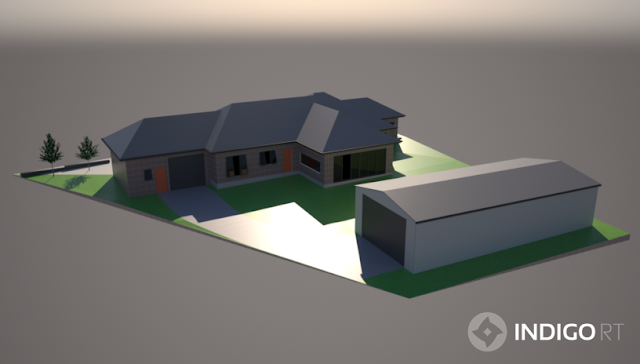 Drew in the driveway, or a rough approximation of what we'll aim to do. Unfortunately budget wise this is something we'll have to do after the build - hopefully before we get neighbours on the south side so it can be trucked in instead of wheel barrowed through the garage!

Originally I planned on using colorbond terrain for the shed walls, however it was too overpowering from the house, and because we've used Dune on the fascade I put it on the garage too. It seems to flow ok if you do a walk through from the front door and lightens up the living area a bit.

Tried a demo version of Indigo RT, it's a bit odd - if the surface of objects are inside-out it doesn't render them with a texture, regardless of the fact sketchup allows you to texture either side. Normally I fix inverted surfaces as I go but this time I didn't bother as I was planning on texturing everything anyway. Now I know why it's important. 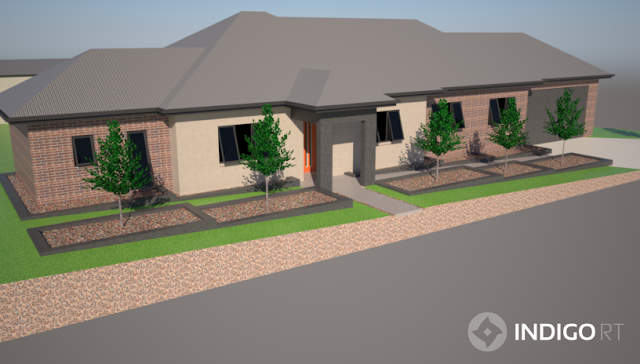 It also takes forever - this is fairly low resolution and it took 3 hours to do - I don't think anything changed after the second or third pass though so maybe it just re-renders for higher resolution in the full version? 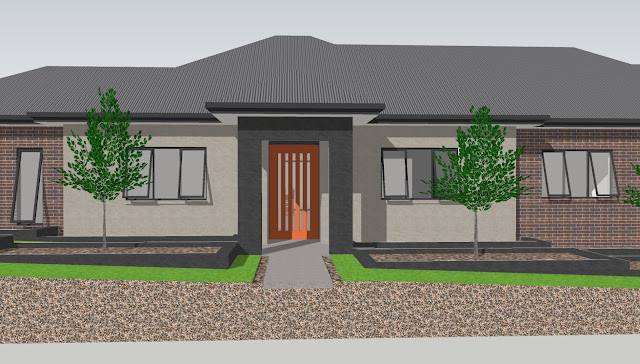 Similar viewpoint from Indigo. Note I've got no capping or gutters in the roofline.

Posted by Clinton Warburton at 12:18 AM