Our House Build - Visualising The View

Decided I wanted to try and get an idea of what the view will be like from the kitchen window - especially if a normal height fence will cover the Wannon Water hatchery shed but not the treeline at the river. All of the grassed area near the treeline is flood plain so should stay grassed for the foreseeable future. 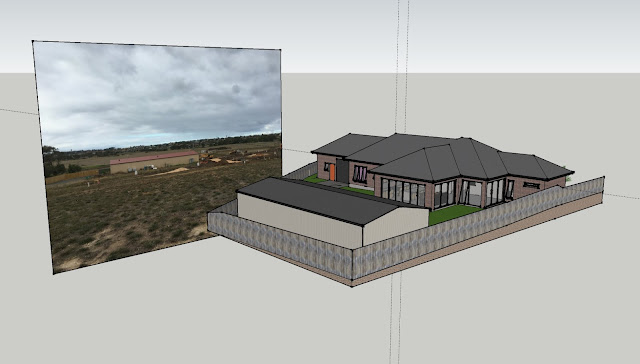 First I went to the block and stood in approximately the location the window for the kitchen will be, and aimed directly south and at the horizon, then I put it in sketchup as a texture on a very large rectangle, centered on the middle of the window and about 50m away.

This allows the view to move with the viewpoint, with any luck it's close to accurate - the fence is drawn at 1600mm on this side and 2000mm on the north and east side (to limit neighbours being able to look down into our yard) 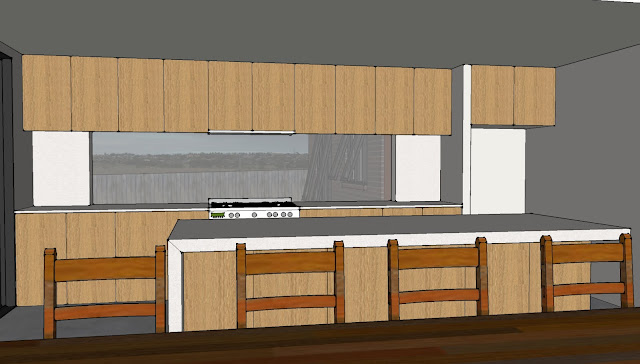 Applied the laminate Honey Elm texture to the benchtops and swapped the waterfall end. Sarah's not sure she wants a waterfall end at all now; although this does look more logical from most areas. Also removed the monument feature wall - walls are now Dulux Dieskau and ceilings Dulux Vivid White. 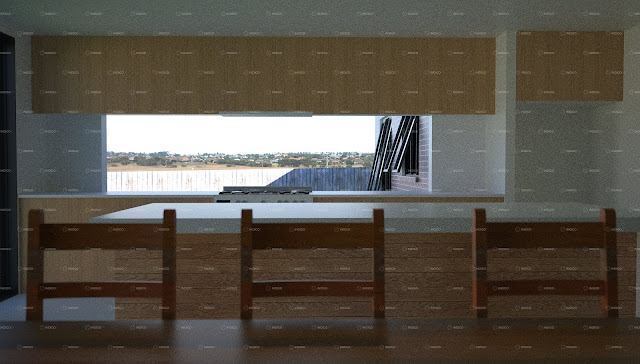 Played with the settings on Indigo and managed to make it a bit lighter, and higher resolution. It's still pretty noisy in the dark but I think it's emulating camera noise for some reason? 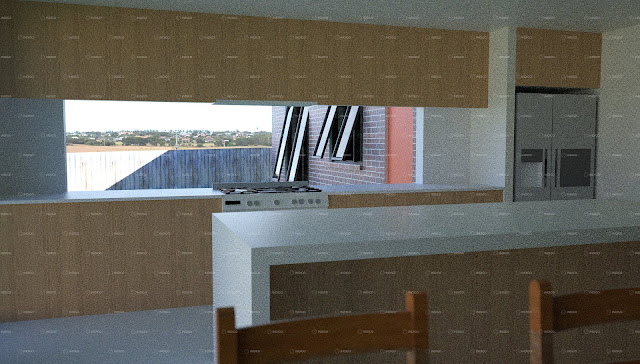 Gives a bit of an idea of what we should see anyway. Added a fridge in this shot to show the space a bit closer to how it will be used. Yes, I know I've not put a sink in yet! 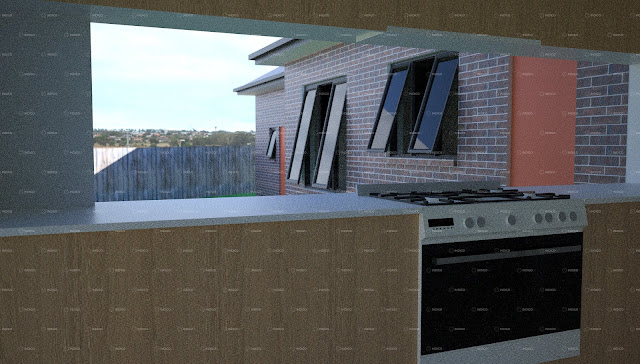 Posted by Clinton Warburton at 6:40 PM